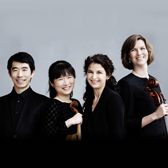 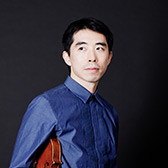 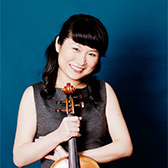 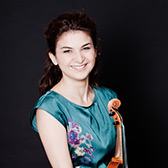 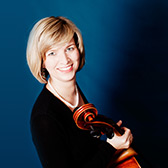 Yuta Takase, born 1983 in Yokohama(Japan), commenced to learn to play the violin at the age of five. In 1999, Yuta Takase entered the “Conservatoire National Supérieur de Musique et de Danse de Paris“ where he worked with Prof. Régis Pasquier. In 2002, he finished his violin-studies of “CNSMD de Paris“ with the 1st Prize at the“Récitals du Prix de violin“. Between 2002-2004, he specialized in chamber music with Prof. Jean Mouillère at the “CNSMD de Paris“. In the 1st half year of 2003, he was awarded a scholarship in oder to study at the “ Universität für Musik und darstellende Kunst Wien (University for music and performing-arts in Vienna)“. Since 2005, he studied at the “Universität für Musik und darstellende Kunst Wien as a regular student working violin with Prof. Stefan Kamilarov and chamber music with Prof. Johannes Meissl. He further deepened his musical knowledge with violinists like Midori, Yuko Mori, David Grimal, Ivry Gitlis, Ilia Korol and Sebastian Hamann.

He apeared on wireless programs and television of “NHK” (Japan), „Nippon Television“, „RNC“ and „CATV’s“ (Japan) “Radio courtoisie” (France), “Suisse Romande” (Switzerland), “Bulgarian National Radio” and “ORF” (Austria). As solist , he performed with the “Tokyo Symphony Orchestra”, the “Lithuania Symphony Orchestra” and the “Ensemble Phidias”. He gives recitals in Japan, France and Austria.

He was the founding member of the Pacific Quartet Vienna.

Chin-Ting Huang was born in Kaohsiung (Taiwan). At the age of nine she began to play the traditional Chinese instrument Erhu and just two years later became an award-winner of the Taiwanese National Competition. Until she was 20, she celebrated numerous victories in prestigious competitions. At the age of 14 she began violin lessons with Naoko Tomizawa and shortly thereafter was admitted to the National Sun Yat-Sen University. There, she majored in violin with Jen-Jie Yang with a minor in piano and completed her studies with a pedagogic diploma. During her formation, she developed a great interest in chamber music. It was by chance that she was led towards the viola, and already after a short time it became apparent that the viola would become her future.
From 2005-2010, Chin-Ting Huang studied the viola with Ilse Wincor and chamber music with Johannes Meissl at the Universität für Musik und darstellende Kunst in Vienna, completing both studies with distinction.
Parallel to her studies she participated in master classes with Hatto Beyerle, Nobuko Imai, Gertrude Rossbacher, Thomas Riebl and Patrick Jüdt. In the area of chamber music she was influenced and inspired by Teresa Leopold, Rudolf Leopold, Peter Matzka and Evagenia Epshtein.
In 2011 she worked as a violist for the Radio-Symphony Orchestra Finland in Helsinki. Since Autumn 2012, she is member of the Pacific Quartet Vienna.
Alongside her activity as a viola player she has gathered valuable experience in music- and culture management, for example Viola-Space-Taiwan, a viola festival where she worked as organizer and director. Since 2011 she is actively involved in the organisation of the International Summer Academy Vienna-Prague-Budapest.

Eszter Major was born into a family of musicians in Lugano (Switzerland) in 1986. Being of Hungarian decent, she was taught the violin from the age of three by her mother. Shortly thereafter, she won prizes at the Swiss National Youth Music Competition. From 2001 she studied with Emilie Haudenschild in Basel, while at the same time gathering sufficient experience as a soloist with the Orchestra d’archi giovanile della Svizzera italiana.
Her teachers were Valery Gradow, Sebastian Hamann and Giuliano Carmignola. She graduated with a Bachelor (2009) and Master of Arts in Music (2012) with distinction at the Conservatorio della Svizzera Italiana.
She was strongly inspired by Professor Robert Cohen (currently the cellist of the FineArts Quartet). Together with him, she performed in a piano trio for several years and participated in the “Festival Charleston Manor”, which he organizes. She has been a member of the Pacific Quartet Vienna since August 2012 and won the 1st prize, 1st prize for best interpretation of a composition of Haydn and Audience Prize at the 6th International Joseph Haydn Competition in Vienna.
Eszter Major is also an active orchestral player. From 2009 – 2011 she was a member of the Gustav Mahler Youth Orchestra and in 2012 she was the concert master of the Junge Philharmonie Zentralschweiz. She regularly performs with the Luzerner Sinfonieorchester (LSO) and the Orchestra della Svizzera Italiana (OSI).

Sarah Weilenmann was born into a family of musicians. She began studies with Thomas Grossenbacher in 2000 at the Zürcher Hochschule der Künste and continued in 2004 her studies with Natasha Brofsky at the New England Conservatory in Boston, where she earned her Bachelor of Music Degree. Sarah Weilenmann graduated in 2010 from the Universität für Musik und darstellende Kunst in Vienna with distinction where she had been studying modern and baroque cello with Professor Stefan Kropfitsch and Professor Herwig Tachezi.
Since 2009 Sarah Weilenmann is a member of the Pacific Quartet Vienna. The quartet performs regularly in all over Europe as well as in Asia. They are currently building up an outreach and exchange program between the cities Vienna, Zurich and Shikoku.
Alongside her work with the string quartet she performs in orchestras such as the Wiener Symphoniker, Concentus Musicus, Les Musiciens du Louvre and the Zürcher Barockorchester.
Also, she is enthusiastic about passing on her experience, working as a teacher for cello and chamber music at the Musikschule und Konservatorium Zürich.