Concerts for Children and Youths 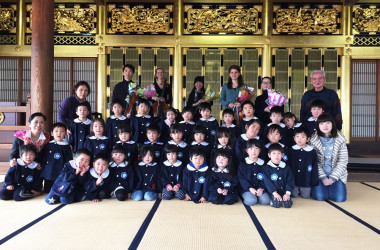 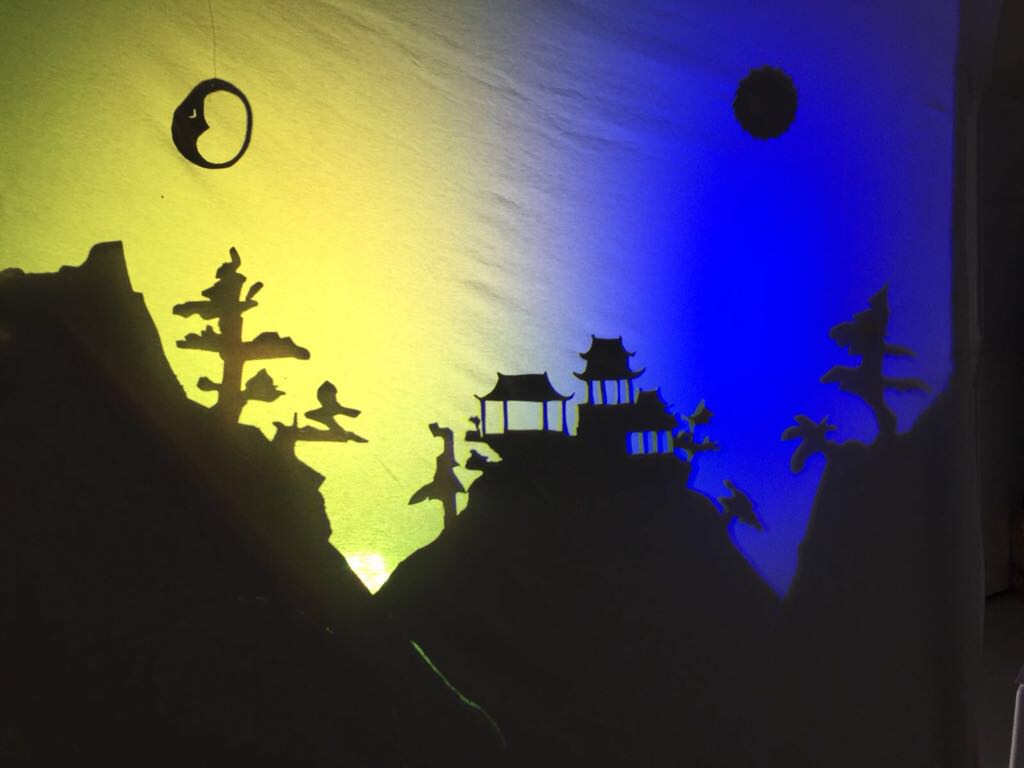 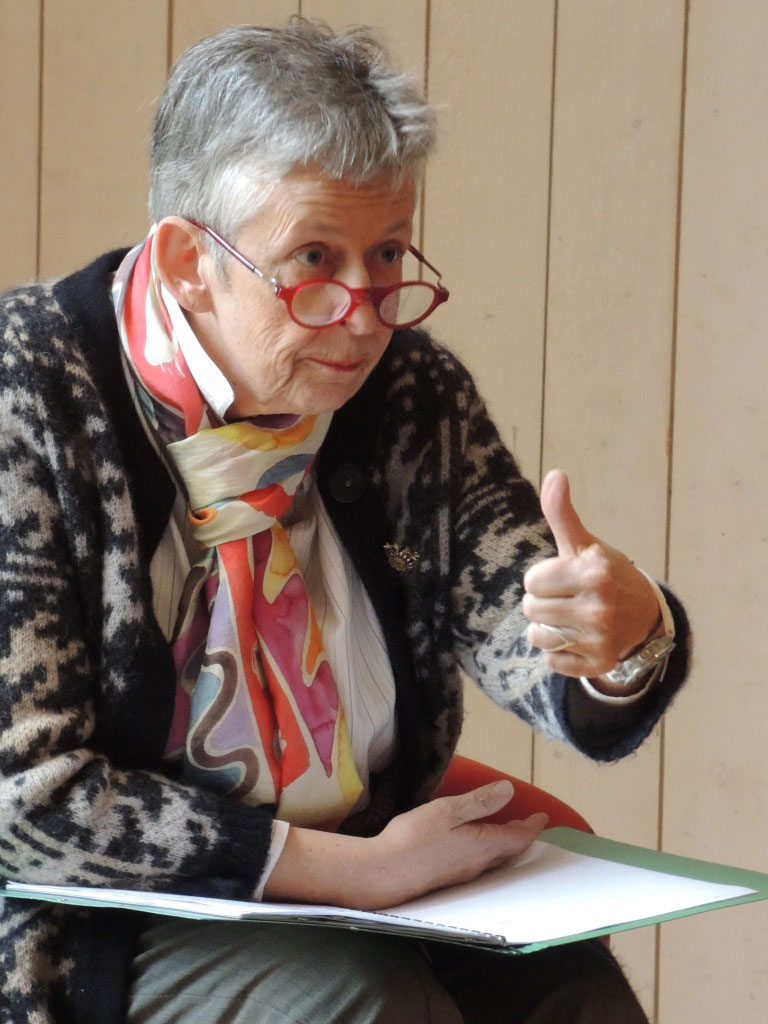 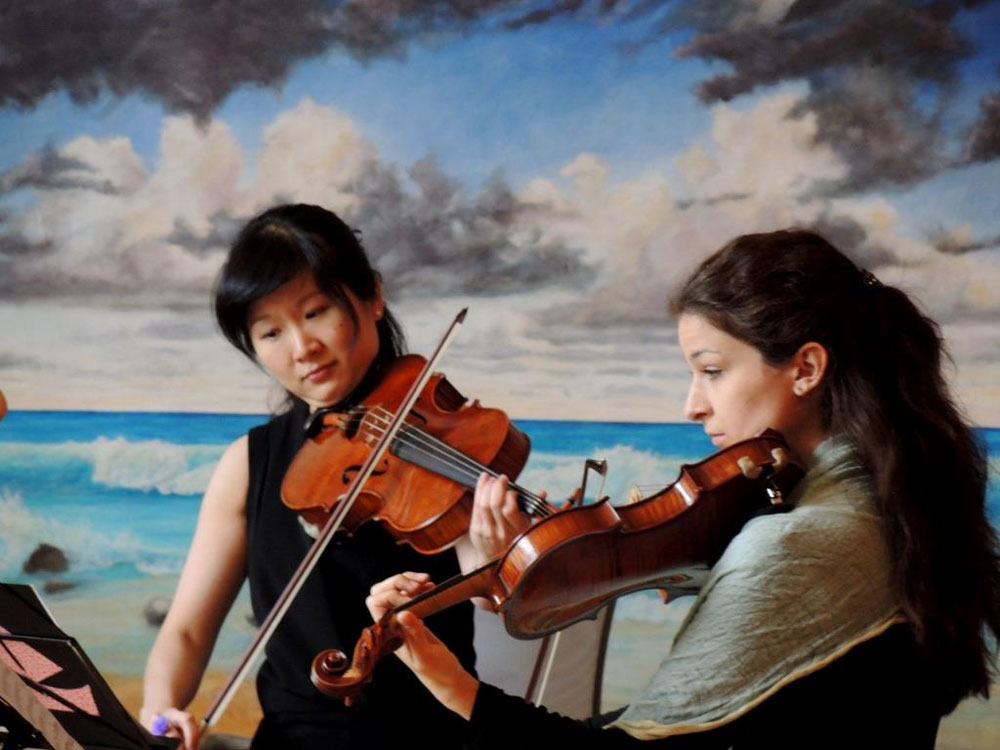 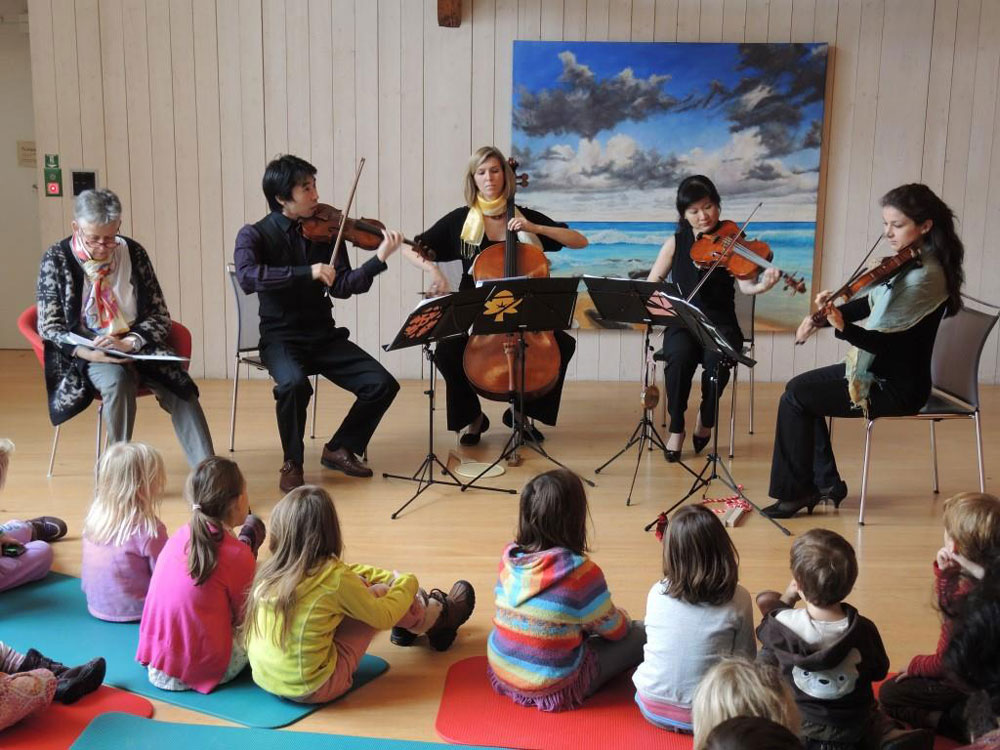 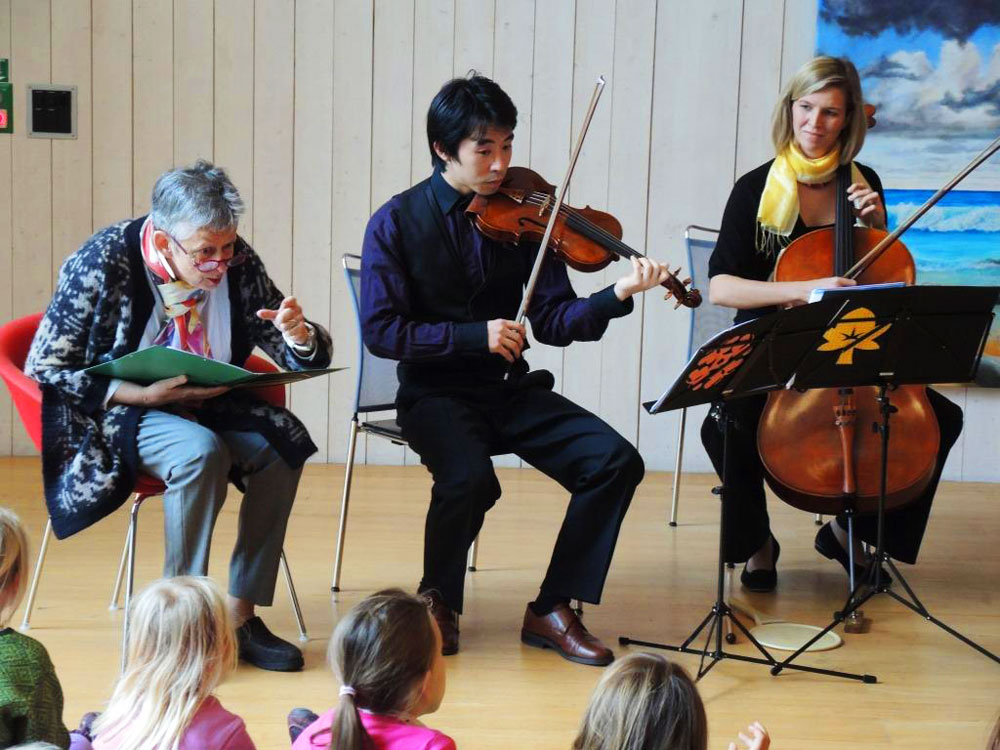 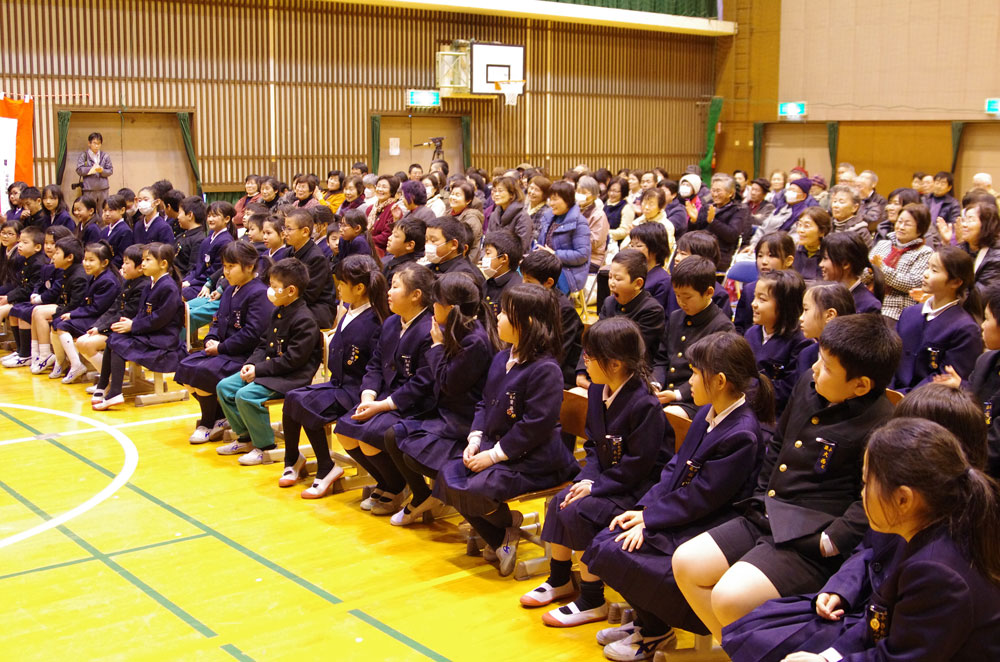 This new concert series for children is dedicated to cultural exchange. From each of our five native countries, a fairy tale was chosen and set to music by a young composer of the respective country. In these concerts, music and narration go hand in hand, the fairy tales being read by Fränzi Frick and Barbara Altwegg.

The score for the Japanese fairy tale, “Issun Boshi”, was written by composer Hiromasa Aizawa. The Swiss fairy tale “Tredeschin” was set to music by children within the framework of Andreas Nick’s studio for children’s composition (Zurich Music School and Conservatorium). These two successful performances will be followed by both a Hungarian and a Taiwanese fairy tale. 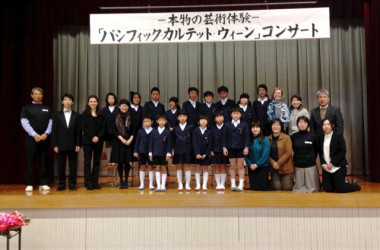 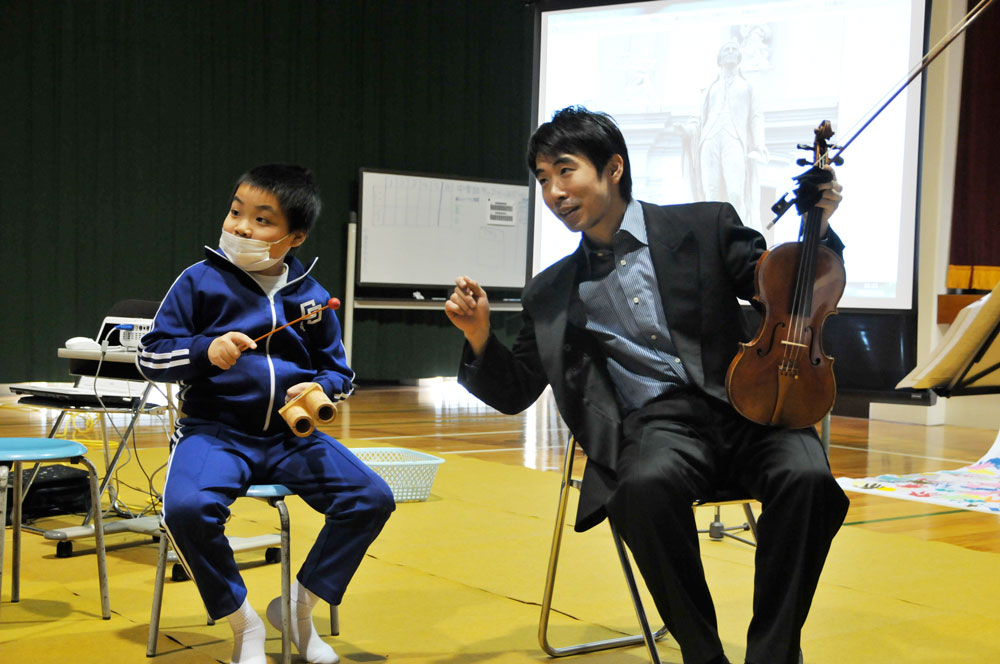 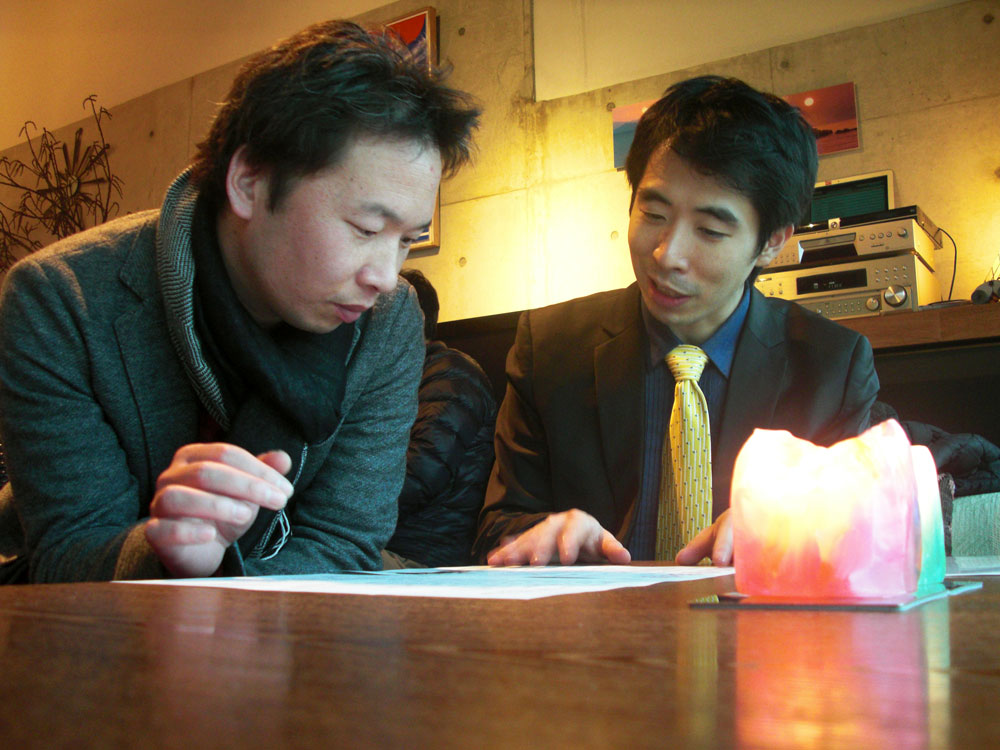 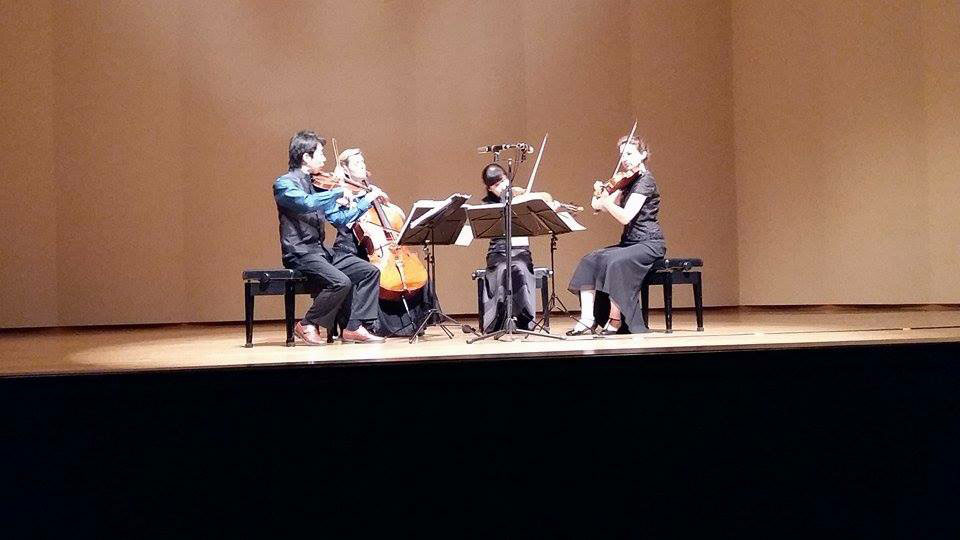 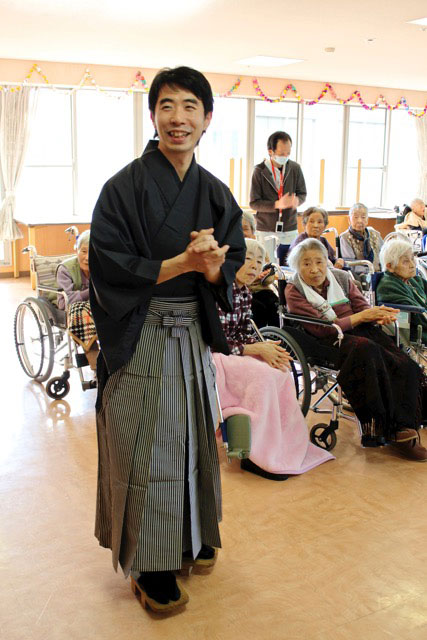 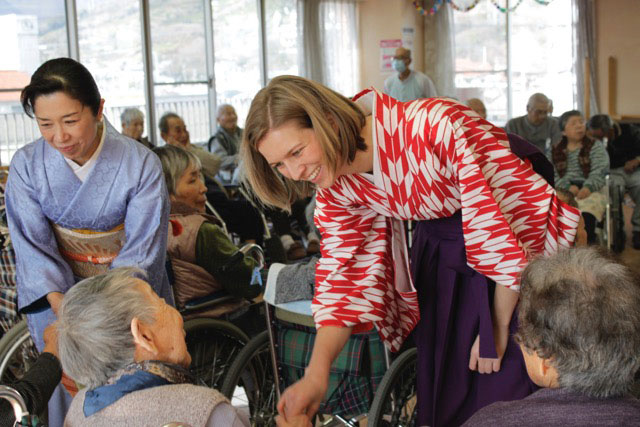 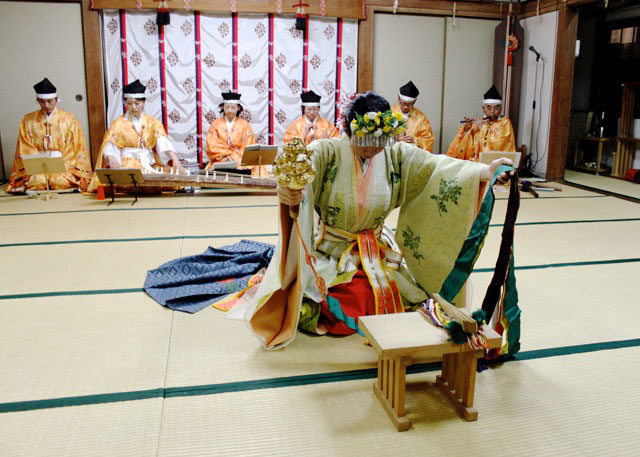 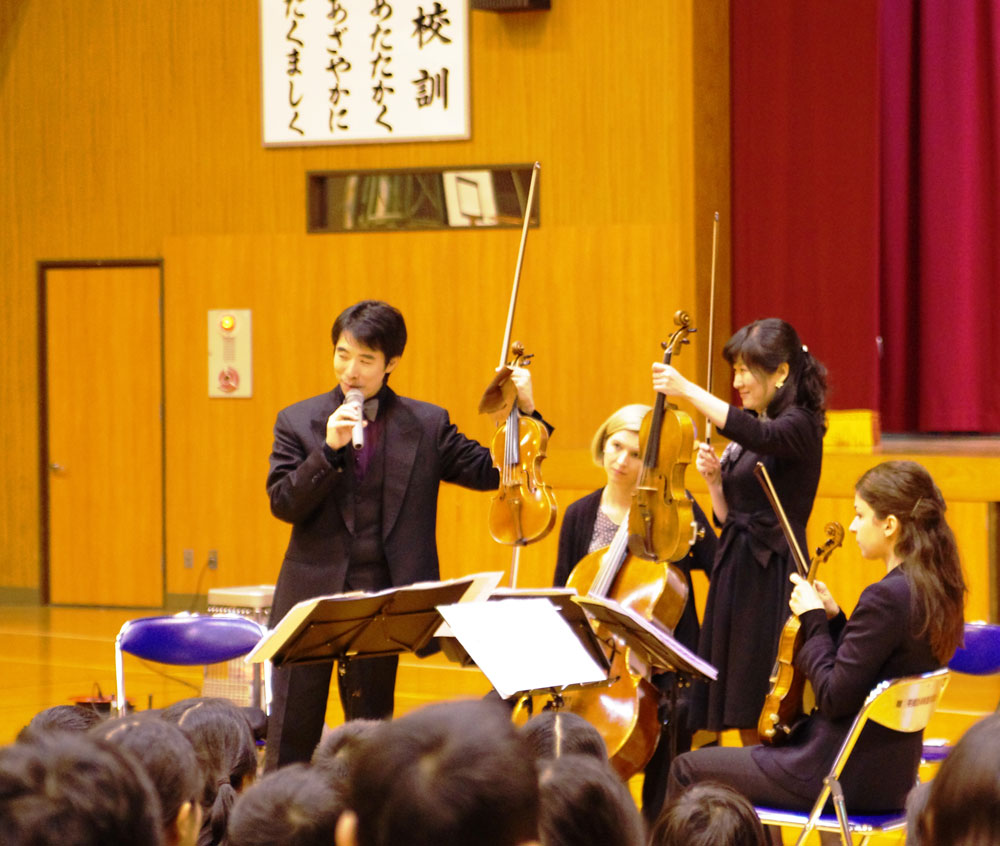 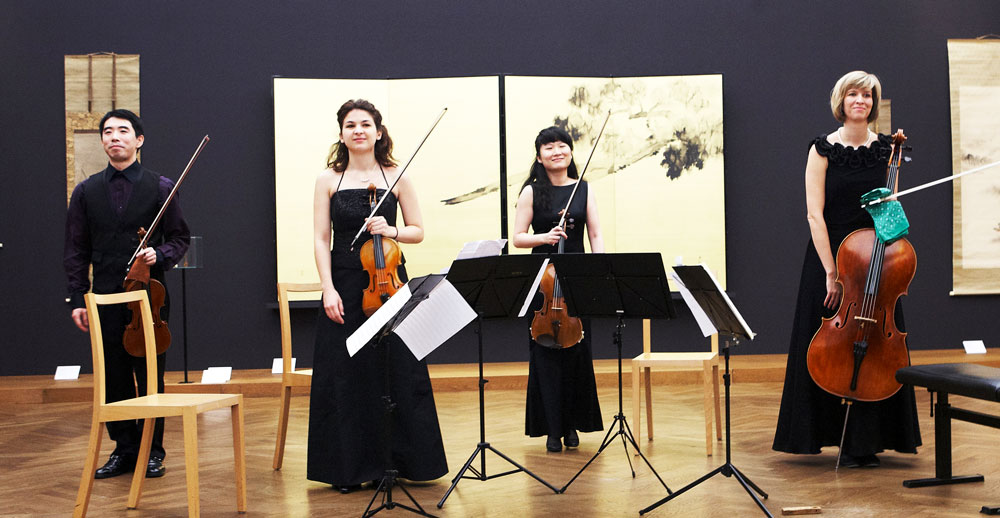 Against the background of the five nationalities united in the PQV, cultural exchange is a focal point of the quartet’s work. In the area of contemporary music, we develop programs with music of our respective countries and seek connections to other artistic forms of expression, such as art or literature. In September 2015 (Zurich) and February 2016 (Japan-Tour), compositions by Martin Derungs and the young Japanese composer Toshiro Mayuzumi are juxtaposed with the string quartet of Claude Debussy and the texts of Marcel Proust. 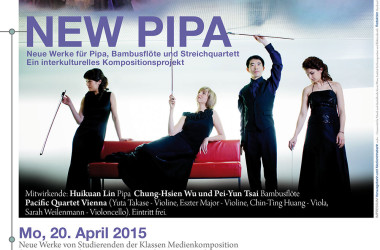 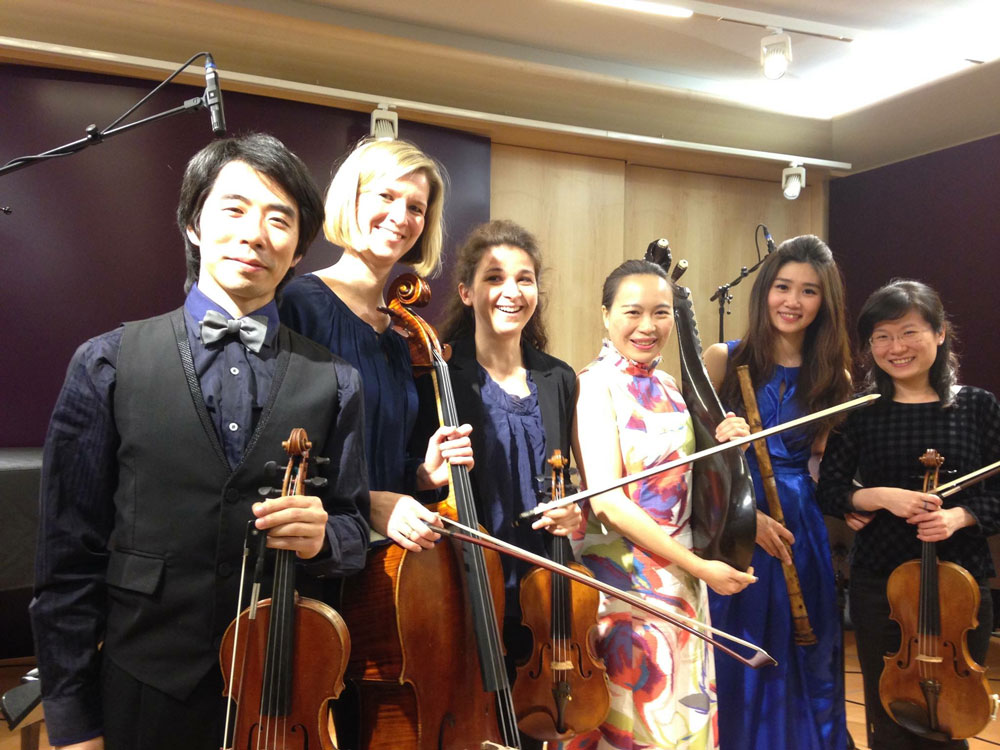 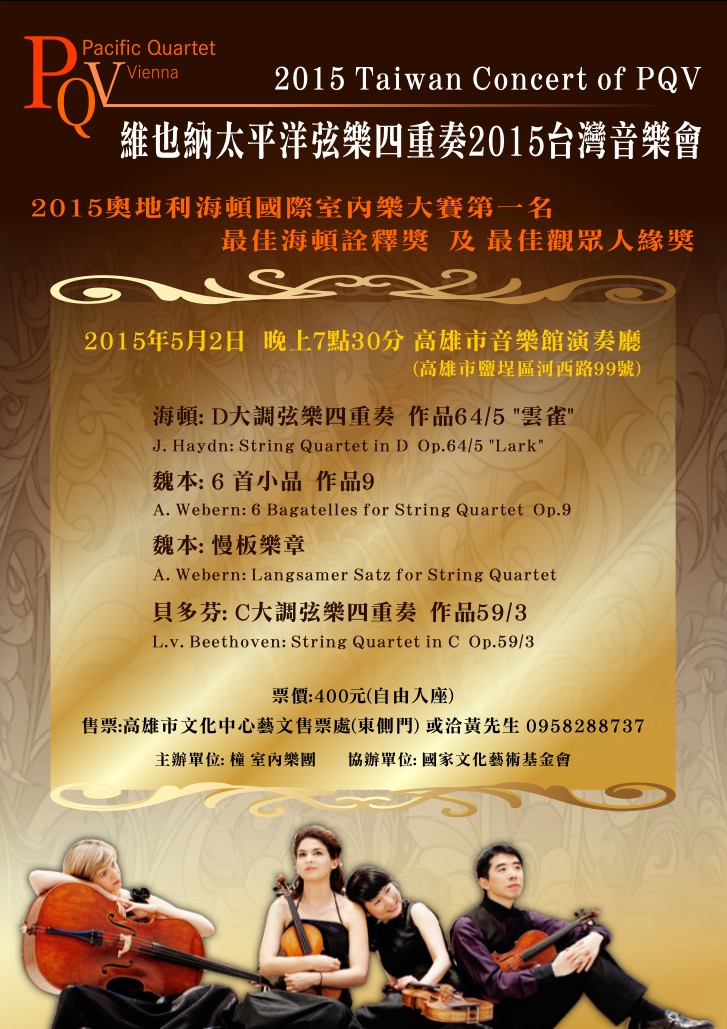 Upon invitation of the University of Music and Performing Arts Vienna and the National Culture and Arts Foundation (Taipeh) we embarked on a discovery journey to the contemporary music of Europe and Taiwan. 18 young composers and 3 professors of Vienna and Taiwan wrote compositions for string quartet and the traditional Chinese instruments Pipa, Erhu and the Taiwanese bamboo flute. 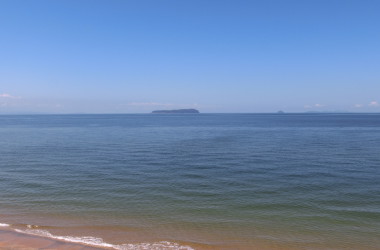 Upon invitation of the association “Cultural Exchange Vienna – Shikoku, the PQV travels to Japan since 2010. In addition to public appearances in renowned concert halls, the PQV performs outreach concerts in schools, hospitals, special care homes etc.. Other projects connected with cultural exchange are public appearances in Nô-theatres or in temples with local musicians.
Simultaneously, the PQV explores Japanese culture, especially that of the Kagawa prefecture, thanks to the direct exchange with the local population. The impressions and experience gathered serve as inspiration for further projects. 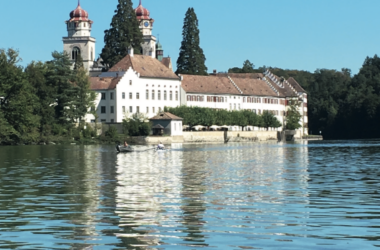 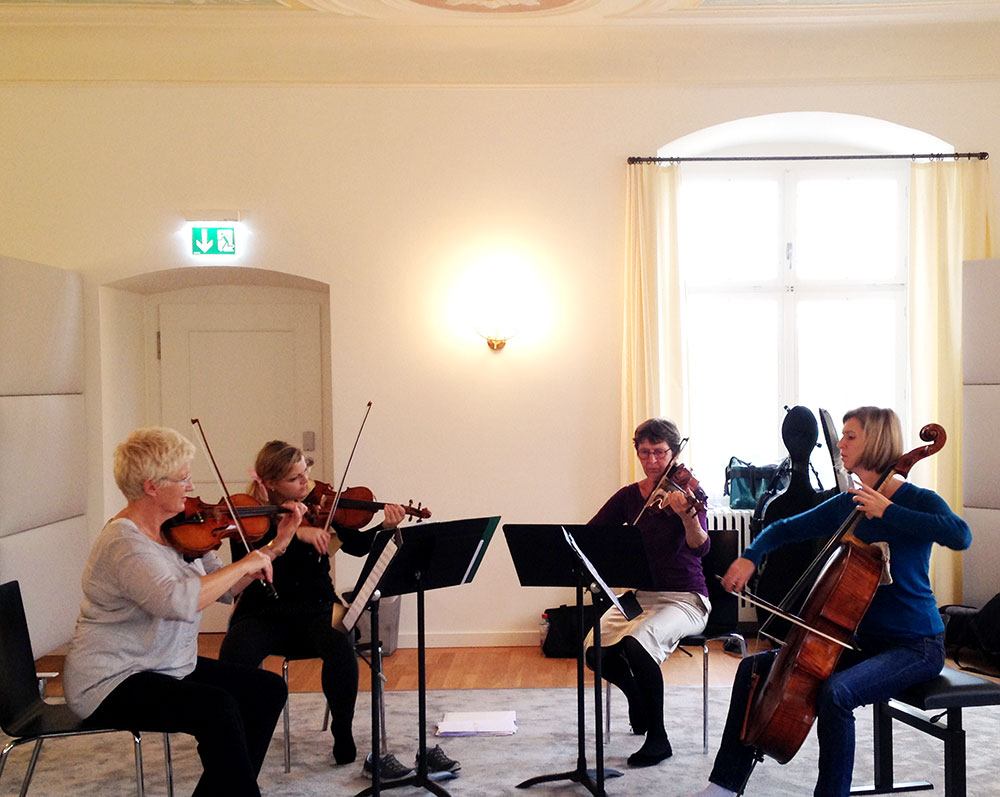 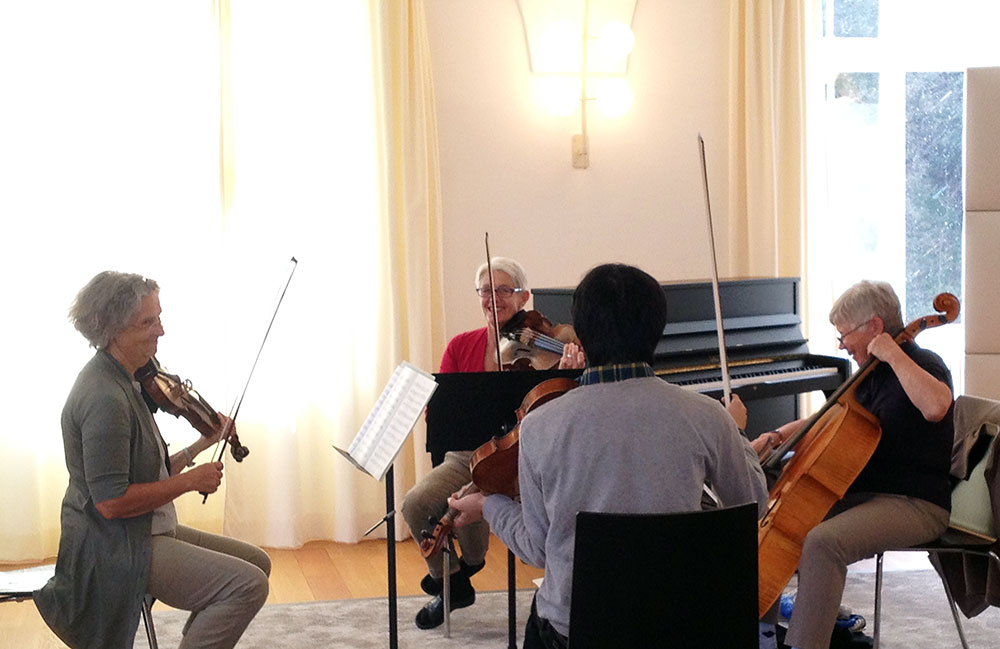 Each year, the PQV invites avid amateur musicians to sign up for our chamber music course on the recently opened Musikinsel Rheinau. Already existent ensembles as well as individuals are welcome. During six days, chamber music lessons, performances in larger formations with the active support of the PQV as well as individual lessons are given. The week begins with a concert of the PQV.